This is something that’s been intriguing me and I’ve been working on a blog post on for some time, but I realised it would be far more intesting to try and get some data from my friends and any readers of this blog who’d like to get involved too, before actually discussing it further. So please put your answers in the comments, or message to me in any manner is fine (XBL, myspace, email etc.).

Thank you very much in advance to everyone that participates 🙂

1. Rank on a scale of 1-5 how skilled & experienced do you consider your play at First Person Shooter (FPS) games, 5 being the highest. (If you have an XBL account it would be helpful if you told me it as well to compare Achievements)

2. When you play an FPS game, do you play with look inversion (Y-axis inversion) on?

3. When you play a third person action game with shooting elements (such as Gears of War, Ninja Gaiden aim mode, Gun Valkyrie, World of Warcraft etc), do you play with look inversion (Y-axis inversion) on?

4. When you play a third person more movement-based adventure style game (such as Tomb Raider, Uncharted, Ninja Gaiden etc), do you play with look inversion (Y-axis inversion) on?

Personally, I’d rank myself a 2 for FPS game skill & experience. I’ve played an awful lot of games but I certainly don’t play as many as a lot of folks do, and I’ve never gotten especially good at any of them. On single player I usually only play through them once. And online multiplayer I don’t tend to “know” any of the maps very well when I play FPS games, or even have an average ranking on games like Halo 3. However I am far from a ‘noob’ and can generally hold my own on any game once I’ve played it a little bit. I play every single style of game with look inversion on – so pressing “up” always looks down for me.

-=Lordnaff=-
Here’s my answer to your survey

The reason that I don’t invert the y-axis is because when I have accidentally done it in the past, I got instant RSI, eye-strain, back cramps, irritable bowel syndrome, epilepsy and Aids. 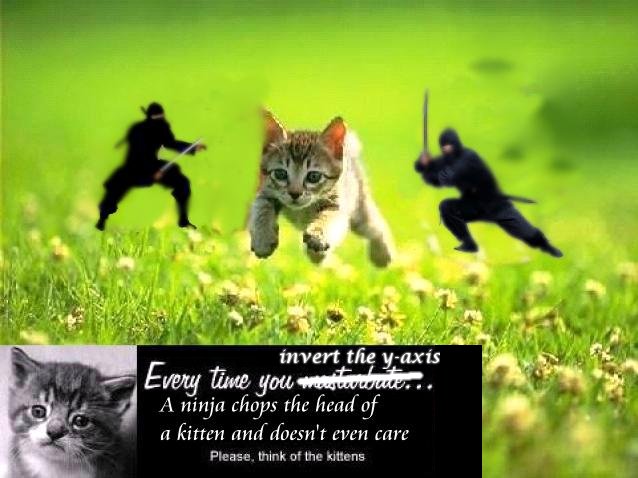 Writer about competitive gaming for agoners.wordpress.com Contributing writer about tabletop gaming miniatures for collectinggreen.home.blog View all posts by Remy77077

This site uses Akismet to reduce spam. Learn how your comment data is processed.

Here’s a collection of gaming related sites that interest us currently here at Agoners: